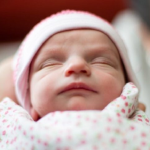 ‘I’m sorry I cant see the baby’s brain development on the ultra sound.’

I had a normal pregnancy until 36 weeks. We got the all clear from the 10 week NIPT test (aka the harmony test), the 12 week and 20 week scans. There were no warning signs.

It would be accurate to say that I planned energetically to have the ‘perfect’ pregnancy, I did yoga and pilates, ate organic foods, religiously took my vitamins and supplements, played classical music to our baby, read calm birth and parenting books. I did it all. At week 36 my OB sent me for a routine sizing scan, and that is when our world started to fall down around us.

‘The brain development we would expect to see is not visible’. The words that were the beginning of the end.

I remember having a flash of panic,  the doctor was taking too long with the scan. Then she spoke. I went really hot, and then clammy and cold and I cried. I remember calling my Dad, he is a doctor, and I will never forgot his tone of voice when I told him what was happening.

It was then – and when I saw my OB being hugged by another OB in the practice before I went in to talk to her – that I started to grasp how serious this was.

The baby’s brain development was not visible on the ultrasound. We were referred for a foetal MRI. The results were catastrophic. The folds in the brain were missing.  We were told to prepare for a general life expectancy of 2 years. If she did survive longer they told us she would never, walk, talk, communicate, smile, be able to eat, or even hold her head up. They mentioned Miller Dieker Syndrome but we wouldn’t be able to confirm it until she was born. Diagnosis day, those terrible words, will be forever imprinted in our hearts. We wouldn’t wish it on our worst enemy.

I then went into what my husband Will called ‘reporter mode’. I wanted to know what we could do, who the best doctors were, what our next steps were, what treatment options there were, what interventions were available, how we could cure her, save her. And that led us to Dr Mills, Lily’s future doctor. We met him and we talked realistically about how we were going to look after our baby and what life might look like.

That time around diagnosis and waiting for baby to be born was the worst of my life. We decided to take the path of least intervention and let the baby arrive when he or she was truly ready.  5 weeks later I went into labour, and after 12 agonising hours Lily was here. Initially she was in distress with her breathing and we didn’t know if she would make it through the night. It was all so surreal. And then, like the brave little fighter she turned out to be, she turned a corner.

There were serious concerns she wouldn’t be able to feed herself. But on day 1 she started to feed from a bottle, on day 2 she began to breastfeed. It was so amazing. By day 6 we were able to go home. Like normal people, we took our baby girl home. And for a little while we were just a normal family with a new born baby. It was quiet, it was calm, peaceful even. 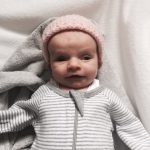 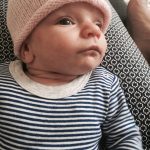 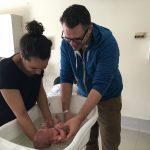