On November 23, Lily’s nephews in New Zealand held a ‘mufti’ or plain clothes day at school to raise money for LCF.

Inspired by the two (slightly) older cousins in Tasmania who held the first school fundraiser – Wear White for Lily Day at their school on 19 December in 2017  -the two younger boys sought permission from their school principal and the student rep committee to get approval to host the day.

It is a big deal to get permission to do something like this, especially when you are in primary school and both fundraiser days were a huge success. We are so proud of them for their efforts and for their forever love of Lily. And we hope it is the start of many school fundraisers!

As one of our objectives in raising money for LCF is to keep funds raised locally, local, the money raised in New Zealand was kept in New Zealand. We were really excited to be able to donate $1000 to Rainbow Place, New Zealand’s only children’s hospice.

We have developed a close connection with some NZ parents whose little baby Maeve also had the same condition as Lily – they were supported by Rainbow Place and Maeve spent time there. It felt very fitting to be able to make this donation in Maeve’s memory. 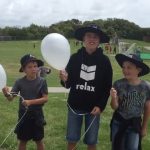 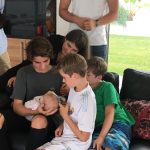 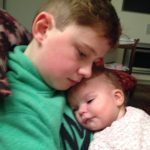